An Aussie Night Before Christmas

Twas the night before Christmas; there wasn’t a sound.

Not a possum was stirring; no-one was around.

We’d left on the table some tucker and beer,

Hoping that Santa Claus soon would be here…

So begins this iconic salute to Christmas in Australia drawing on the familiar sights and sounds of a night that is usually so hot and it’s hard to sleep because it’s still daylight outside, never mind ‘dreams of pavlova’ dancing around heads.  And when there’s a ruckus outside that needs to be investigated, who would be surprised that it’s Santa in a rusty ute pulled by eight mighty kangaroos? Kangaroos called Kylie, Kirsty, Shazza and Shane, Kipper and Skipper, Bazza and Wayne?

There are many stories that put the Aussie spin on Christmas, but this is such a rollicking good yarn, funny and engaging that it’s no wonder this is a 10th anniversary edition and it is popping up all over the Internet in full, although the YouTube version loses some of its charm with the American accent and the change from ‘beer’ to ‘root beer’.  Australian Santas drink real beer! 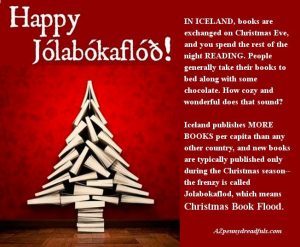