The Swedish have a word for this story- fika [fee-ka]. It means “a moment to slow down and enjoy the good things in life”.  And that is exactly what the old man and his dog do from the moment they wake and stretch their creaky old bones, through their walk in the park meeting old friends and new and then home again for a well-earned cuppa. But is it the man or his dog that is the “old fellow”?

There are only a handful of authors who can take such an everyday occurrence as an old man and his dog taking their daily exercise and turn it into such a charming story that has so many possibilities.  Indeed, Chris Cheng has dedicated this story to the “Old fellows of Campderdown Memorial Park”, suggesting that he. himself, has spent an hour or more there just  practising fika as he watches all the meetings and greetings and connections that are made, for a walk in the park is as much mental and emotional exercise as it is physical.

While, in previous generations the old man might be represented by a grandfather, that stereotype has been replaced and so our children might not have as much contact with those whose birthdays start with a 7 and beyond and so this is an opportunity for them to engage with this age group and as programs such as Old People’s Home for 4 Year Olds showed so well, there are huge benefits for both sides. Teachers’ notes are available.

In the meantime, Liz Anelli’s illustrations are so rich in detail as she captures not only the community who enjoy the park but their connections and friendships that you can almost feel the camaraderie coming off the page. And the reader’s next walk in their park will be viewed through a different lens.

With titles such as Bear and Rat  and One Tree , among many others to his credit, Chris has once again shown his incredible ability to capture the emotional essence of a situation that can open up a whole new world for young readers as they learn to identify, express and manage their own feelings.

In the meantime, here is that elusive fika in action! 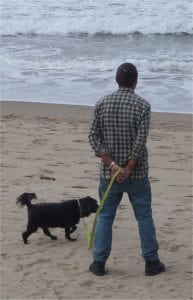