In the Mary River in South-East Queensland lives a creature found nowhere else in the world- one only identified in 1994 and already facing extinction. The Mary River turtle, Elusor macrurus,  is a new genus and species of freshwater turtle affectionately known as the punk turtle because the slow-moving water of the river allows green algae to grow all over it. 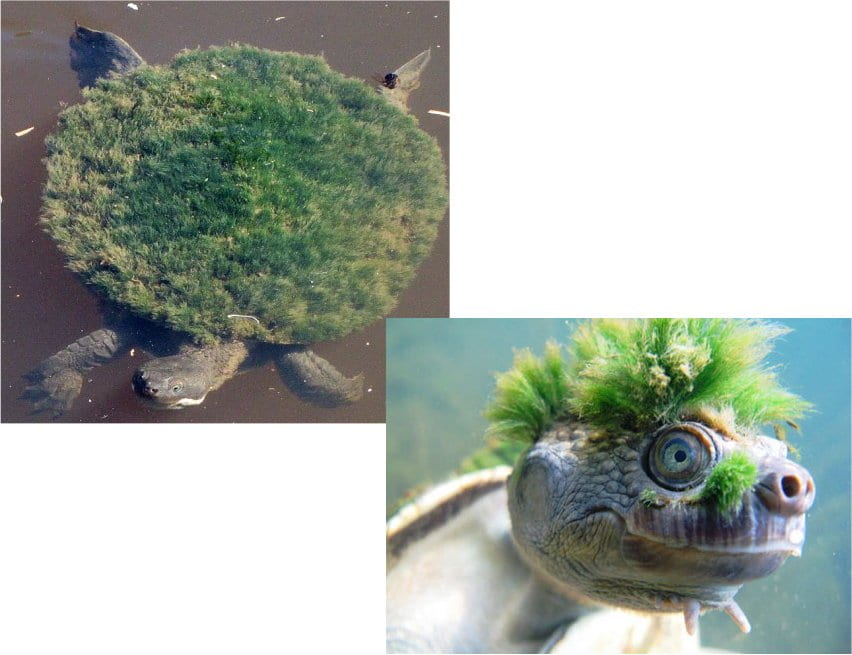 But that’s not Poppy’s only unique feature – as well as breathing normally on the water’s surface, she can also breathe through her bottom! Plip! Plop! Parp!  However, despite her ancestors being in the river for millions of years Poppy and her relations now face many threats, mostly from the impact of humans and these are explored for young readers in the second in this series that investigates lesser-known endangered species. Combining the author’s ability to pitch the text perfectly for the intended audience with the same big, bright, bold illustration style of Coco, the Fish with Hands, young readers have a story that entertains and educates them. Simple but accurate vocabulary which respects their intelligence and knowledge, a large font, engaging illustrations and attractive layout, with a page summarising the key points as the finale make for a combination that will be a winner with readers and teachers alike.

Perfect for those like my little friend Xander who is fascinated by the world around him, prefers non fiction over fiction and has almost mastered reading independently.   And for his parents who will share it with him and spur his quest to learn more. As it did for me!.