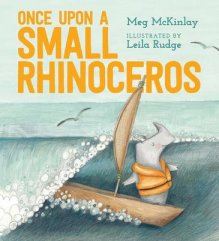 Once Upon a Small Rhinoceros

Once Upon a Small Rhinoceros

While her family and friends wallowed in the mud and bathed in the sun and did all the other things that rhinoceroses do, the little rhinoceros gazed at the boats sailing past on the nearby river and dreamed…

“Don’t you wish that you could see the world?” she asked the others.

But they were not dreamers  or adventurers – they had everything that a rhinoceros needs right there and told the little rhinoceros so.  “You belong here”, they told her.

However that didn’t stop the little rhinoceros dreaming and one day she began to put her plans in action.  First, she gathered the things she needed to make a boat blocking out the negative comments of the older rhinoceroses, and one day all the mud-wallowing, grass-grazing, tree-scratching, sun-bathing rhinoceroses gathered in alarm as they watched her sail out of sight…

As soon as I picked up this story it resonated with me.  It could have been the story of my mum who watched the ships leave Bluff, her home town at the very south of the South Island of New Zealand, headed not just for the vast oceans of the world but also the Antarctic.  And her heart was captured, her hope stirred and her determination to follow in their wake cemented.  Despite all the comments about where she belonged, what she as a child of the 1940s should be doing, the belief that Antarctica was a men-only domain, she “built her own boat” and in 1968 she sailed south too – the first female journalist to do so, a trailblazer for women in both Antarctic exploration and journalism.  Its publication on the 3rd  anniversary of her death is particularly poignant. 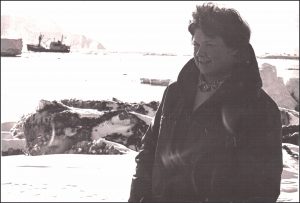 Others will write about the literary and artistic merits of this book – I just adore it because of its power to show that stick-in-the-muds can stay stuck; nay-sayers can be ignored and that dreams can come true.  This is one I will be sharing over and over with my grandchildren who were privileged to know their great-gran and to be inspired by her. 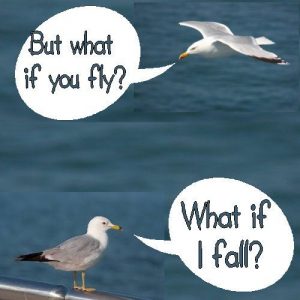