Standing in the grounds of the Australian War Memorial in Canberra is a statue of a man in a suit, a red poppy in his lapel and a hat in his hand.  It’s a statue that hundreds of thousands of children have seen, glanced at and moved on without knowing the significance of the man it is a tribute to.  Yet this is a person who played a very important role in helping their grandfathers and great-grandfathers stay alive as they endured the horrors of being held prisoners of war by the Japanese Imperial Forces in World War II.

As a child born before the outbreak of World War I, Ernest Edward Dunlop lived an idyllic life in the country in Victoria but he was always going to be too big for a small country town.  A smart student and expert sportsman he earned his nickname of Weary in a convoluted word play and while many of his companions stayed in and around the district, the outbreak of World War II found him working as a surgeon in London.  He immediately joined the Australian Army Medical Corps and in 1942 he was in Java in charge of a military hospital when it fell to the Japanese and he, along with many others, was taken prisoner.

Put in charge of British and Australian prisoners working on the notorious Burma-Thailand railway being built so Japanese troops could be moved overland instead of by sea, he did what he could to barter, cajole and negotiate with his captors for food, medicine and shelter for ‘his’ men.  Even when it meant personal punishment he always protected his men, often taking great risks to ensure their survival.  He made do with what he had, usually woefully inadequate, forced to be invent and creative, and always, always with the welfare of his fellow prisoners at heart.  As they were starved and punished, he understood the importance of morale and organised concerts and pantomimes to lift spirits as well as encouraging others to keep diaries, draw, paint and photograph the camp and the conditions.  They made grim reading after the war ended.

This is the latest in the Meet… series, and, in my opinion, one of the best.  Sensitively written and illustrated for those who have not seen the film footage of what really happened, it puts a human face on a conflict that did much to shape Australia and her post-war attitudes.  There is enough information to satisfy the curious with two or three of Dunlop’s escapades adding a lightness to such a dark topic, yet at the same time there is enough to tempt a more serious reader into a deeper investigation.  Australia has many war heroes apart from John Simpson Kirkpatrick. Having read this, perhaps the children who visit the AWM will spend a little more time at that statue, pondering the extraordinary depths and determination of the human spirit.

There are now eight titles in this series which is a must-have in school libraries as it brings the lives of our heroes and history-makers to life through accessible, illustrated texts in a way that brings the biography genre to life.  They add an extra layer to an historical study and the accompanying teachers’ notes open up new ideas for exploration.  They tell a story rather than just providing clumps of facts and figures, which is not only suitable for newly-independent readers but also for those for whom English is a struggle. As well as supporting the history strand of the Australian Curriculum, they also provide a model for younger students for writing a biography providing a purpose for reading and research. 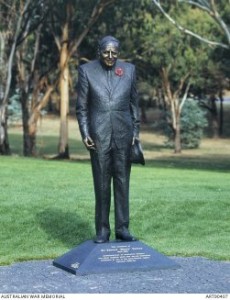