Saturday, February 7, 2009 and Victoria wakes to a weather forecast of 47 degrees in Melbourne with strengthening northerly winds, part of the pattern of the previous few days as a heatwave crawls across the state. In the tiny community of Flowerdale,  Zeelie’s dad is enacting the family’s bushfire survival plan to stay and defend their home even though her mum and young brother are in the Emergency Department of a Melbourne hospital because Lachy has fallen off Zeelie’s horse Rimu.

Zeelie’s not sure her dad has made the right decision but even though there is a lot of smoke in the air her dad is convinced that his precautions are just that – precautions, and wherever the fire is, they will be safe. But when Zeelie goes next door to find Atticus, the old dog they are minding for absent neighbours who has wandered home and discovers small fires already started by embers, her fear rises particularly for the welfare of her horse Rimu. And when the generator fails and there is no longer electricity for the water pumps, it is clearly time to leave… but what about Mum and Lachy and Rimu?

Based solidly on his own experiences during those Black Saturday bushfires, Justin D’Ath has woven a tale that could be the story of any one of our students or children who has experienced the very real horror of bushfires.  At a time when adults are frantically busy trying to keep everyone and everything safe, and reassuring their children with what they want them to hear, there is not time to put themselves in their child’s shoes and see the events through their eyes.  When her dad asks her to pack suitcases, Zeelie packs her mum’s wedding dress and evening gowns rather than the more practical things;  she is angry at her mum because she has taken the vehicle with the towbar because she didn’t have enough petrol in hers so Rimu will be left to his own devices … kids focus on the details while the adults are dealing with the big picture and providing an insight into the child’s thinking and fears is what D’Ath has done so skilfully. Because he experienced many of the events that Zeelie does, the story has a unique authenticity and the reader feels the heat, smells the smoke, visualises the flames and empathises with the fear as Zeelie and her dad try all sorts of routes to get to Melbourne, only to be turned back towards the danger because even greater danger lies ahead.  D’Ath deals with the less-than-happy parts sensitively, acknowledging rather than ignoring them, and helping readers deal with the fact that not all things have a sugar-coated happy ending.

As the 10th anniversary of one of this country’s greatest natural disasters when  173 people died and over 2000 homes were destroyed approaches, this is not only account of the an event that had an impact well beyond those who were caught up in it but also an insight into the what-did-happens and the what-ifs of those who have experienced similar events, providing us with an inkling of the trauma that many of our students might have faced and are still dealing with, critical as the milestone memory will generate a lot of media that could bring a wave of flashbacks and other psychological issues.

However, it is also a story of hope for them because 10 years on Justin is still able to write stories for them despite losing everything himself, and while the immediate future might be bleak, unknown and scary there is clear air coming and because Australians step up in an extraordinary way at these times, they will be OK.

(Through My Eyes-Natural Disasters  series)

DISCLAIMER: This will be neither an impartial nor an unemotional review. For one who called Christchurch home for many years, particularly those formative years of my schooling and teacher education, and for whom so much that was so familiar is now gone, it is impossible to be objective when the places and events are so well-known.  Although I was not there during the earthquake I have made trips back and I still can’t get my head around it.

February 22, 2011 and life has returned to normal for Lyla and her friends Katie and Shona after the 7.1 magnitude earthquake struck – that’s if having the earth move under your feet several times a day and making a game of guessing the magnitude can be considered normal. Even the daily reminder of the main block of their school, Avonside Girls’ High, being damaged and unusable has been set aside as they try to do the things that 13 and 14 year olds students do. Caught in town at 12.51pm when ‘the big one’ hit, their lives are plunged into chaos as buildings collapse and  people panic as the air fills with dust making visibility almost impossible.

While it is possible to watch endless news coverage, read articles and information it is impossible to know what a natural disaster such as this is really like unless you are part of it and experience it for yourself.  So while I had watched and read and listened and learned, spoken to family and friends who were in the thick of it and even returned home and visited the backyard of such a major part of my life, it was not until reading Lyla that I got a real understanding of what it was to be in the moment.  Beale has drawn on stories of the events of the day and the months following and woven them into a narrative that is both scary and un-put-downable that illustrates not just individual heroism but that sense of community among strangers that seems to emerge when humans are put under such duress – made all the more haunting when you can picture the reality of the setting which is a well-known as the face in the mirror.

In the beginning, there is the fear for family and friends as both Lyla’s mother, a police officer and her father, a trauma nurse at Christchurch Hospital are unaccounted for and she is separated from Shona and Katie in the chaos as the SMS service goes into meltdown, and while they are eventually found to be OK that need to know family is safe means that all families have an earthquake plan much the same as Australians have a bushfire plan. The theme of needing to be with others is strong throughout as neighbours have a need to eat and sleep and be together even if they have a habitable home to go to, and enduring and unusual friendships and bonds are formed.

There is also a strong thread of Lyla feeling powerless because of her age but finding things she can do that make a difference such as babysitting her neighbour’s children so their mother can return to the medical centre where she works; helping shovel the oozing, stinking liquefaction for elderly neighbours; setting up a charging station for those still without electricity… seemingly minor things within the big picture but nevertheless critical to her mental health at the time.

But like so many then and now, the situation becomes overwhelming. Despite hearing the harrowing tales of others and the rising death toll, and the news of the Japanese earthquake and tsunami and telling herself that compared to them she is in great shape, Lyla succumbs and needs qualified medical intervention.  This is another strength of the story – given that seven years on the city still has not recovered it was never going to have a happy, all-is-fine ending, so having Lyla denying help because the common thinking is that the people of Christchurch are somehow more resilient than others, that because her home isn’t munted she should be okay, but nevertheless accepting it and going some way towards recovery shines a light on the okay-ness of needing assistance to get things back in balance.  This particularly poignant in light of the subsequent increase in suicides, unprecedented demand for psychological help and the continuing need for support as there has been a 73% increase in the number of children who need support for mental health issues in Christchurch.

While this has been an emotional read for me, it and the others in both this series and its twin focusing on children living in conflict are essential elements of both the curriculum and the collection as they offer the ‘colour and detail’ to the stark monochrome sketches of news reports, websites and other information-only sources.  They are the blend of imagination and information that such fiction can offer that leads to insight and understanding.

Seven years on, long after the event has disappeared from the news headlines and faded from the memories of those not directly involved,  the reality of that time is still in-your-face on every corner of Christchurch and will be for many years to come – Lyla and her friends will be 20 now, confronted by images and memories of that day still, just as anyone who has lived and loved Christchurch is.  For now Ruaumoko, the Maori god of earthquakes has settled a little (even though there were 25 quakes in the week preceding the anniversary, albeit peanuts compared to the 15669 on that day in 2011) but like her friends, family and all those who chose to remain in Christchurch to rebuild their lives and their city one wonders when he will wake again. 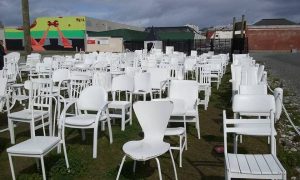 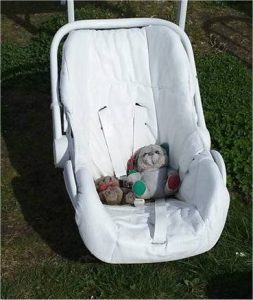