There is a fascinating world waiting to be discovered in the pools left in the rocks by the retreating tide – creatures and plant that are so dependent on that regular movement of water to survive that they can live nowhere else.  But it takes a keen eye to spot them, and when Mia and her pup go exploring they see more than they expected because while they find a blue-ringed octopus, where are her rings?

Once again, Jules Ober has put her amazing modelling skills to use setting miniatures of Mia and Pup against incredible photographs of that fascinating world, which, when married with the text, introduce the reader to the many creatures that they might not otherwise know.

It is no secret that I grew up by the beach at the very south of the South Island of New Zealand – next stop Antarctica – and the only rules we had were to come home when it got dark or when the tide was on the flood. So I spent my childhood leaping amongst the rockpools, queen of all I could see, and something I still do whenever I get the chance, and so this book really resonated with me.  So many memories. 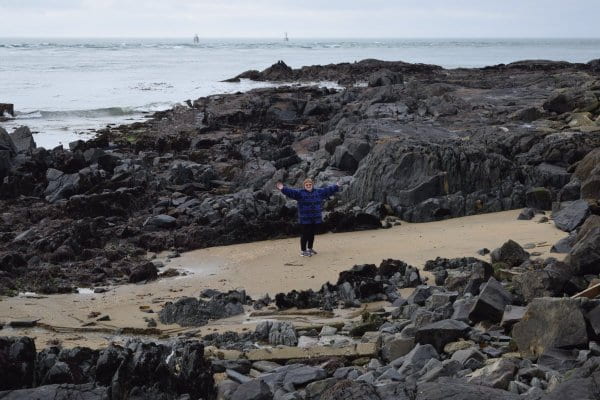 Many of our students will have done the same thing in recent weeks as school holidays will have seen them at the beach even though the water is a little cool to swim, and this is the perfect book to help them not only recall those happy times but also learn a little about what they saw.