There would be few who were able to witness the lighting of the cauldron at the Sydney Olympic Games in 2000 who will have forgotten the image of Cathy Freeman standing with the torch. 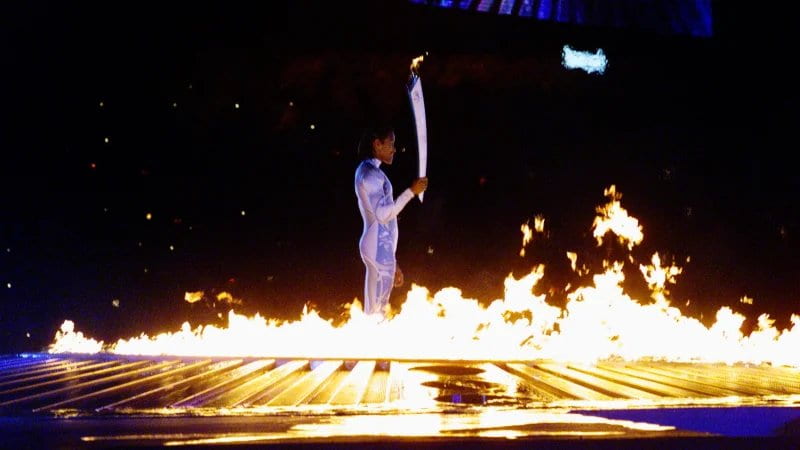 Now, in this picture book version of her autobiography, we can learn of all that it took to get there. and then to the finish line of the 400m in the gold medal position just a few days later. We learn about her older sister Anne-Marie who, crippled by cerebral palsy, inspired her to keep training; how even when she won it was the second-place getters who were awarded the medals because they were white; of having to leave her beloved family and go to boarding school where she was the only Aboriginal girl…

This is an inspirational story of someone who is a household name in Australian sport, one of the best of the best who overcame so much, not the least of which was the colour of her skin.  But more than that it demonstrates that champions and heroes start life as ordinary people, just like the book’s readers, that they face all the setbacks, doubts and other obstacles as “regular people” but they dig deep because their passion to achieve is so strong. It demonstrates the power of self-belief, and particularly the support of family, and shows that there are many others standing on the dais even if they’re not seen by the public.

Written openly and honestly, the picture book format is perfect for its intended audience because they are at the age when dreams start to take shape, the passion starts to build and the foundations for becoming a champion are being put in place. Perhaps it will help consolidate their own dreams.

Biographies and autobiographies in a format and language accessible to younger readers are an important part of the development of the age group for a lot more reasons than just a lot of facts about someone famous.  And for this to be about someone so familiar yet so ordinary in many ways, may just be the catalyst a future star might need. If she could, I can… She persisted.