The huge celebration that is Chinese New Year is fast approaching and Little Brother’s family are making all the traditional preparations. This Spring Festival is such a big occasion in Little Brother’s snowy, winter-bound village that it is impossible to sleep Little Brother is very excited because he has been told he has a special job this year.  But what could it be?  It seems he is too young to fly a kite, too short to hang the lanterns, too slow to choose the duck from the hawker and too small to carry the dragon through the village.  He’s already done things like serving tea and lighting crackers so what is there that is left for him to do?

Then he learns that he is to accompany his father in carrying the Pearl of Wisdom at the head on the dragon parade which entices good fortune to the village.  An honour indeed!

That night Little Brother and all his family sleep very well indeed.

Chris Cheng is the master of faction – the art of blending fact and fiction into a seamless story that both entertains and educates.  In New Year Surprise he draws on his own heritage to tell a tale that keeps the reader engaged while introducing many of the traditions that the Western world is now becoming familiar with while Di Wu’s amazing artwork reflecting the traditional Chinese techniques of brushes, watercolours and rice paper is the perfect accompaniment.  The story is followed by four pages of information about festivals in China drawn from the National Library of Australia’s extensive Chinese Collection, itself part of an even bigger Asian collection. If you’re looking for authority this writer-illustrator-publisher triumvirate could not be bettered.

As we approach the beginning of the Year of the Fire Monkey on February 8, 2016, the timing of the release of New Year Surprise is perfect.  Apart from acknowledging this important time in the lives of so many of our students, Chinese New Year is rich in investigations that span all areas of the Australian Curriculum.  From looking at the origins and meanings behind the traditions, to investigating the structure of the Chinese calendar with its stem-branch system, to making ang pow, to comparing the custom of inserting a lucky coin into the dumplings with similar practices throughout the world or even the development of fireworks which has become synonymous with new year celebrations around the world, there is much to draw on that will not only keep students engaged but will also promote an inclusive curriculum.

Extensive teachers’ notes are available that lead the reader on a “See, Think, Wonder” journey through the story encouraging a focus on the details of the illustrations and drawing out even greater understanding of Chinese culture. For example, the endpapers feature a cat and while it plays no visible part in the story, it clearly has a purpose.  What is it?  Similarly, the reader is encouraged to ponder about the choice of colour of the Little Brother’s clothes; the stories told in quilts and the wisdom in letting children light fireworks while all the while comparing what they are seeing with what they already know. Text-to-text, text-to-self and text-to-world connections abound.

With so few books for young readers on this subject available, Chris Cheng and Di Wu have created a must-have for both teachers and students and it’s a cracker!.  A superb way to start a year of investigations and displays. 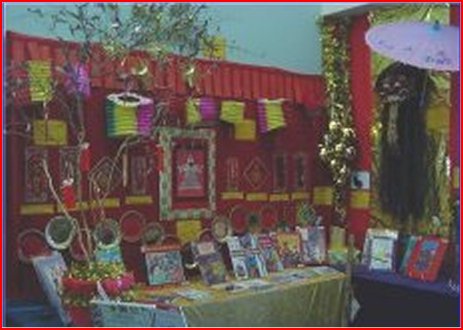